The heat is getting turned up on the expansion draft conversation.  Yesterday, the 30 NHL clubs submitted their protected lists to the NHL, solidifying the group of unprotected players that the Vegas Golden Knights can select from during the expansion process.  The Golden Knights are now on the clock, as they try to assemble their best 30 players, taking into account the bribes and the deals that will sway them into (or away from) key players, ahead of the big announcement on Wednesday night during the NHL Awards.

Let's stay with the blog's theme of the annual hockey pool on opiatedsherpa.com and we'll have a look at the pool worthy players that are unprotected for the Golden Knights to choose from.  Just as a refresher, since we had 25 pool teams in the draft last year, pool worthy players fall into the top 200 forwards, top 100 defensemen and top 50 goalies.  We'll also have to consider that the unrestricted free agents won't be on this list, although they are fair game for the Golden Knights, as they have negotiating ability now through Wednesday night to get that deal done.

At first glance, you're thinking to yourself, there are a lot of players on this list that are quite interesting, but at the same time, you know that there are players who are possibly even younger and have more long-term potential than some of the players up at the top. 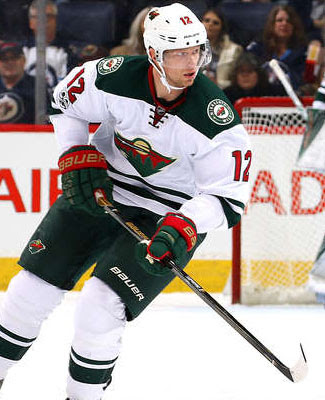 Of the top 200 forwards, only 20 of them were left unprotected through the lists on Sunday morning.  They were led by Eric Staal at 65 points in Minnesota, followed by Josh Bailey on Long Island (56 points), Jonathan Marchessault in Florida (51), David Perron in St. Louis (46), Artem Anisimov in Chicago (45), Brock Nelson on Long Island (45), James Neal in Nashville (41), Michael Grabner in New York (40) and Lee Stempniak in Carolina (40).

With the Islanders being the only team to protect five defensemen, you'll notice quite a few players from their team on this list of forwards.  There's a fine chance that they have something up their sleeve in the next few days. 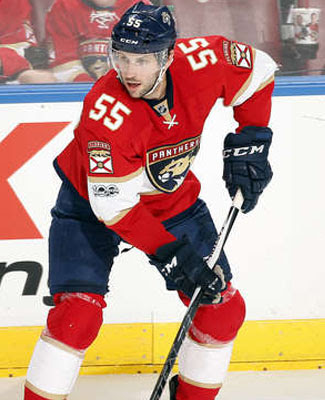 On the blueline, it remains pretty interesting, as 13 signed pool worthy defensemen are ripe for the picking and five of them were 25 points or better this past season.  They are all led by Matt Dumba of the Wild, who had 34 points last season, followed by Jason Demers of the Panthers (28), Ian Cole of the Penguins (26), Paul Martin of the Sharks (26) and Calvin de Haan on Long Island (25).  Two or three of those guys have to look rather inviting to the Golden Knights, especially Dumba.

Definitely a few more names worth considering here, especially for us poolies to watch.  If I am the Golden Knights GM, I would be spending a lot of time figuring out what the right combination of blueliners are out of the gate.  If we all have an idea of what kind of goalie were going to get, then protecting him will be job number one for the Golden Knights and they will have a good smattering of talent to choose from here. 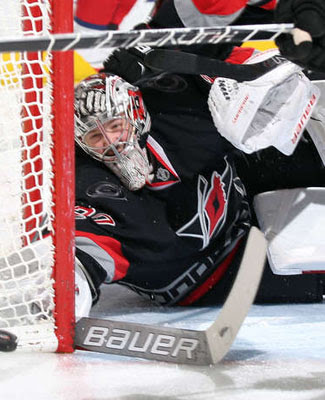 The big story line, heading into this one team draft was goaltending and having to protect only one goalie among 30 teams, leaves at least 20 that would be available for plucking and currently, there are 16 goalies with contracts, which could be appealing for the Golden Knights.  The top goalie of the bunch, ranked 20th in the position, Carolina's Cam Ward.  Ward had 26 wins and 57 points for the Hurricanes and wouldn't be a terrible option, if needed.  Kari Lehtonen in Dallas was next on the list with 51 points, followed by Antti Raanta from Broadway (41), Petr Mrazek in Detroit (38), Marc-Andre Fleury (38), Roberto Luongo in Florida (37), Calvin Pickard in Colorado (36) and Carter Hutton in St. Louis (35).  They were the biggest producers among the group and there are some solid names on there, one is certainly a lock to go and we all know who that is.

Among the best of the rest were Philipp Grubauer, Jaroslav Halak, Antti Niemi, Louis Domingue, Michal Neuvirth, Al Montoya and Michael Hutchinson.  The Golden Knights will have to be cap savvy as well, so it won't be like they can choose the best players and be done with it.  There will certainly be a process to the whole thing.

Oh, and how can we forget about the free agents?  As we speak, the Golden Knights are in their period to freely speak to the major free agents, both unrestricted and restricted, trying to sway them to come over to their side on Wednesday.  If a free agent is signed, in principle, they would then make up the pick from the team they came from.  Very interesting, no?

This list is quite interesting, to say the least, and some interest could certainly be had here.  Seven of the top 100 pool scorers are currently on this list and they are: Peter Budaj, Steve Mason, T.J. Oshie, Kevin Shattenkirk, Brian Elliott, Radim Vrbata and Alexander Radulov.  If the Golden Knights were to pluck one of these guys, that would save a lot of grief for their former team, not having to worry about a current roster player being on the move.

How about Patrick Eaves, Sam Gagner, Joe Thornton, Justin Williams, Thomas Vanek, Mike Condon, Patrick Marleau, Jaromir Jagr, Jonathan Bernier, Ryan Miller or Mike Fisher?  They currently make up the group that are in the top 200 of pool scoring overall and available for negotiations to go to Vegas.  Oh yes, this will be a fun evening on Wednesday, when the roster drops.
Posted by opiatedsherpa at 7:47 AM