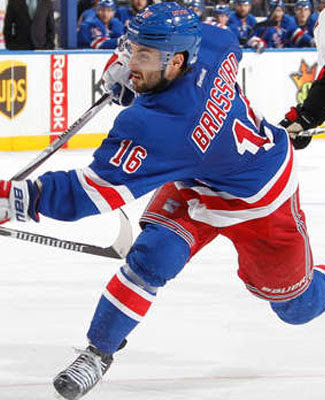 A trade dropped upon us on Monday, as the Ottawa Senators acquired centre Derick Brassard from the New York Rangers, sending young pivot Mika Zibanejad the other way.

The Senators add a little bit more credibility to their forward group, as the established Brassard will come in and add some consistency to their group, possibly make a better linemate for a guy like Bobby Ryan and/or Mark Stone.  It will be hard to gauge what his actual impact will be, but his style of play, as a good skater with good offensive instincts, leads one to believe that he will find a fit in the roster somewhere.

With the Senators offensive struggles in the 2016 season, an established veteran presence can go a long way to help ease the issue, assuming the chemistry works.  It does comes at a cost though, as the Senators will take on almost double the salary of the player they had shipped out, but that is the cost of getting better.  The Senators are not struggling against the cap, even with this addition, they are still $12.5 million from the cap ceiling and that is with a projected 23-man roster, as of today. 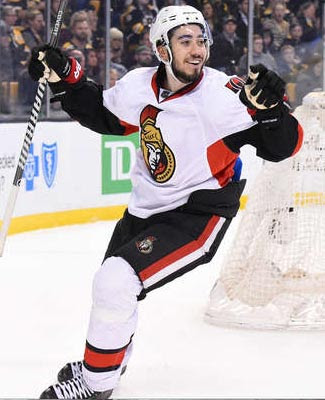 On the other hand, the New York Rangers are not exactly coming away as losers in this deal, as they significantly younger with Zibanejad and they get to cut the cap cost as well, by only dropping a few points from last year's totals.  That's not too bad.

If Zibanejad finds some more success in the Big Apple, their cap savings may only last for this season, as the youngster will find his way to restricted free agency next Summer, where Brassard still has two more seasons after the 2017 season to make good with the Senators.  A gamble worth taking.

With a salary dump like this, I would guess that the Rangers were not having much luck, if they were trying at all, at moving Rick Nash and his $7.8 million cap hit.  I couldn't really see the Rangers actually wanting to move Brassard, but it was a necessary evil, with Chris Kreider and Kevin Hayes still in need of new contracts.
Posted by opiatedsherpa at 3:04 PM