Here we are, already one week into the final segment of the season.  We're on the home stretch, people!  All of the Week Eighteen Waiver Draft picks have been active for a week and we're rolling towards a great finish.  Oh yeah, if you missed the Olympic draft this past weekend, you missed a pretty good time.

As I was flipping through the teams this morning, in alphabetical order, it was quickly occurring to me that it was looking like it was going to be a major tie-break, with a large number of players finishing the week with 6 points, but we made it nearly to the end and there, on Steve's page, Connor McDavid of the Oilers, saved the day with 8 points, taking his first Player of the Week nod of the season.

This big week now brings his overall totals up to 22 goals and 64 points in 54 games, which is only good enough for 7th overall in pool scoring this season and he isn't even Steve's top player on his team this year.

It was a really good week for scoring, as you may have initially guessed already, talking about so many players with 6 points on the board, but just how good was it?  Well, we had two teams finish atop the weekly scoring standings with 35 points a piece.  How's that for an indicator?  Both Benson and Brenda & Seward's team finished with a pool-best, 35 points, but we had to go to the tie-breakers to find out the Mover & Shaker. 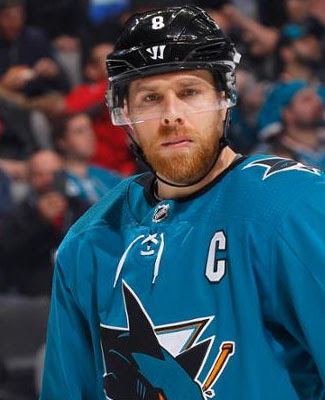 And by a goal scoring tally of 12-11, the duo of Brenda & Seward take the title for a third time this season, their second time in the last four weeks.

This current hot streak that the duo are riding is vaulting them up the standings, where they now sit in 5th place, 1 point out of 4th and still 32 points out of the money.  Their team is moving so well, they still have a legitimate shot at finishing in the money.

Joe Pavelski of the Sharks and Devan Dubnyk of the Wild each had 6 points this week, to guide the way for their team, while Patrice Bergeron of the Bruins had 5 points and Alex Steen of the Blues had 4 points.  12 of their active 14 players finished with points in the week, one of those who didn't, Johnny Boychuk, only returned from injury in the middle of the week, so he is somewhat excused for missing out.

The duo finished 3rd in the second segment of the season, where you could really see them start to heat up and now they lead the third and final segment of the year, which is certainly making up for their slow start in the opening nine weeks, where they finished 18th.

Not since the 2013 lockout shortened season, when we had 17 teams in the hockey pool, have we had a Basement Dweller team that eclipsed the 20-point mark, when we had two teams accomplish the feat.  The record for the highest Basement Dweller mark is 25 points, when three teams accomplished the feat at the same time, Week Twenty-One in the 2010 season, back when there were again, 17 teams.  So, when we look at this year's number, it's pretty impressive, given we've been at 25 teams for a few years now.

This was also quite a tight race, right down to the bitter end, but it was Cam's team that couldn't quite get that last point or two to see it move out of the Basement Dweller position, finishing with 21 points, which would normally be closer to the top of the heap in a lot of weeks, just not this one.

Only four of his players failed to register points in the week, when you would usually see only four players on a Basement Dweller team have points.  Eric Staal of the Wild had 4 points to lead his team and he had a couple more players with 3 points each.

Unfortunately for Cam's team, it lost yet another spot in the standings, dropping down to 17th from 16th and it could still fall a bit further, if it's not careful.

The race for the trophy is really heating up!  The top three teams are pulling themselves away from the pack and staying closely knit together, as Benson finishes the week in 1st place, thanks to his big week, but Stuart is only trailing in the wins tie-breaker, both teams are tied in points and in goals scored, which is a rare feat.  Dale B. isn't too far behind, only 3 points back, thanks to a big week of his own.  This fight is far from over.

The gap between 3rd and 4th is now 31 points, as Wilton's team kept the pace, for the most part, but it had already gotten to be a bit far.  From 4th down to 11th is only 18 points, which has kept that race fairly interesting.  Still, teams need to be closing the gap on the top three or else this could get a bit boring.

In the plus/minus department, Steve's team got back to its responsible playing ways, finishing a combined +7 in the week, lifting his overall total to +84 rating, now 38 points better than Cam's team, which is currently situated in 2nd place.

Clayton's team saw the 2nd-best week in the plus/minus department this season, finishing with a +23 in the week, while Wilton's team finished the week with the 2nd-worst week of the season, at a -17 rating.

Wes' goon squad was just that in Week Nineteen, finishing atop the weekly standings for penalty minutes with 40, increasing his lead to 30 minutes, over Brenda & Seward and Eric's side.

We also now have a new leader in the Lady Byng team, as Dale C.'s team fell to the bottom of the PIM pool standings, as Ryan's team had a few extra penalties in the week, which facilitated the change.

Cam's team may have been the Basement Dweller this week, but his rookies are keeping the pace, finishing the week with another 3 points on the books, keeping his lead over Clayton's team at 4 points.  Chris' team is coming in hot, as his team is now 7 points back of Cam's side.  Chris' team even took a rookie out of his active roster in the last player swap and its still running pretty well in this category.

The NHL had 53 games on the schedule last week and in that, we saw some huge numbers, thanks to our new players being activated.  We saw a season-high in total scoring, 696 points in the week, thanks to season-highs in both skater games played and goalie minutes collected.  What a week!  It's no wonder why we saw such a high scoring Basement Dweller.

The news came in on Sunday that the Buffalo Sabres' number one guy, Jack Eichel, will be out for an indefinite period of time, thanks to a high ankle sprain, which can last between a couple of weeks to a month.  The Sabres have struggled as it was before the loss of their best player, but now it might start getting much worse.  With the NHL trade deadline only a couple of weeks away, the Sabres could be real sellers.

For Wes, this of course sucks, but his team hasn't been too good again this season and now his concern is the PIM pool, which his team is doing very well in.

The Detroit Red Wings coaching staff may not have been too thrilled with forward Tyler Bertuzzi this weekend, as a 5-minute major against the Islanders allowed for four power play goals against and the Wings ended up dropping the game, 6-5 in overtime.  On Sunday against the Capitals, Bertuzzi was a healthy scratch and the Red Wings ended up winning that game, 5-4 in overtime.

It will be curious to see how the Red Wings go forward with Kristy & Don's Week Eighteen pickup, especially since the results almost speak for themselves.  The duo have collected two games worth of action from their new pickup, which has potted them 1 assist, a -3 rating and 10 PIM.

It also appears that New Jersey Devils defenseman John Moore was made into a healthy scratch on Sunday, when his team took on the Boston Bruins, as his numbers haven't exactly been dazzling of late or for the better part of the season, for that matter.  The Devils had activated Mirco Mueller from the IR in recent days, so this was a pretty good opportunity to let him get a spin out there.

This probably didn't help Cam's cause much at the end of the week, as he was struggling to try and stay out of the Basement Dweller nod.  Nevertheless, there his team was... right at the bottom of the pile.

The Calgary Flames may have escaped Brooklyn with a couple of points in the standings, but with only 1.1 seconds left on the clock, their number one goalie couldn't escape the game without injury. Mike Smith had to be helped off the ice with an apparent groin injury and the early speculation isn't very positive for the veteran netminder.  We'll wait for the official word from the team, but the expectation isn't very good moving forward.

Ryan's team doesn't need this sort of bad luck, this late in the season, as his luck hasn't been great in the first two segments either.  His 22nd place team is now in real danger of dropping even further in the standings, with Stacey C. making some ground and Scott's team coming on strong late.
Posted by opiatedsherpa at 9:11 AM