Just who were these Boston Bruins exactly?

If we to just look at their hockey pool numbers, they were a team carried by three players, which you wouldn't exactly think to be enough to be a playoff team, but there they were, 3rd place in the Atlantic Division, having won 44 games this season.  It wasn't, by any means, a comfortable finish to the season, Toronto was tied with them in points, but lost the tie-breakers, while Long Island and Tampa Bay were breathing down their necks as well, either for the wild card or divisional spot.

Besides those three players that carried the team, Tuukka Rask, Brad Marchand and David Pastrnak, everyone else was fairly mediocre, below their own expectations and probably some of us in the hockey pool expected more.  Still, the team as a whole did a lot of the right things throughout the year, they struggled from time-to-time, but they got to where they needed to be and that's all that matters.

In the playoffs, they got a match-up against the Ottawa Senators and they couldn't grind their way through the likes of Erik Karlsson or Craig Anderson on the other side, both were playing exceptionally well and the series only lasted for six games, as the Bruins fell 4-2. 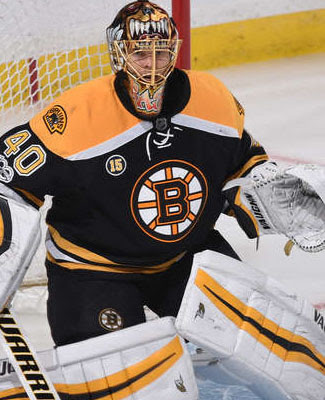 There were 11 Bruins taken at the initial draft in October, which suggested that they were going to be an okay team through the year.  The top pick was Rask, as he was taken in the 2nd round, 26th overall and then the rest of the Bruins were sprinkled throughout.  A slow start to the year saw two players dropped at the initial swap, not to be replaced, while Ryan Spooner was dropped and picked up at the second swap, keeping the numbers down.  Boston added Drew Stafford at the trade deadline and that gave the pool 10 Bruins by the end of the regular season on active pool teams.

Rask was a bargain pick at 26th overall, as he finished 5th overall in pool scoring this season, as he was another goaltender with a very high workload.  The 30-year old Finn appeared in 65 games, winning 37 times and finishing with 92 points, 4th among all goalies.  It's that kind of workload that stifles the back-up goalies, keeping them from being pool worthy.

Brad Marchand and David Pastrnak led the way for all Bruins forwards, but they were complimented by David Krejci, Patrice Bergeron, Ryan Spooner and David Backes, giving the team six pool worthy forwards in total.  Six pool worthy forwards seems awfully low, but like I had mentioned earlier, it was a mediocre year for most of these Bruins.  On the blueline, only two made the top 100, Torey Krug and Zdeno Chara were tops for the team, also a pretty low number.

Since the Bruins were pretty close to the playoffs in 2016, it does give the impression that they are only a few tinkering moves away from jumping back in there again after the 2017 season.  The free agent market will be a busy one and I fully expect the Bruins to be waving around their chequebook, looking for some good priced talent to come over to their side for next season (or more).  Still, it's hard to commit to a prediction about a team, before you really know how serious they are going to be in the Summer, but I can't see them biding their time and giving their youth a push, that just doesn't seem like a Bruins thing to do.  No, they'll push the market, they'll get one or two good names and then look to fill in the gaps from within.  The breaking point right now, looks to be the aging Zdeno Chara, since he'll turn 40 next season and the Bruins certainly don't have enough behind him, if he isn't the same guy next year.  Right now, I don't see the Bruins making the playoffs in 2017, but they'll be pretty good shape for the drafts, both expansion and entry, when they come around.

I'm looking at the roster outlook for the Bruins for next season, looking at how many pool worthy players they have sitting there for next season and it just goes to show just how good the seasons were for Rask and Marchand and they were great.  So great, in fact, that the Bruins made the playoffs and proved me wrong once again.  Now, the Bruins are starting to put pieces together and now they are on the verge of doing good things again.


The immediate look of this team isn't all that positive for next season, but it isn't very far off from where they left the 2017 regular season, so maybe things are not quite as they seem.  There are a few more young players on this list, which has to be a bonus, so you may want to tread carefully around these Bruins, until you see how they put this team together in the 2018 season.

The Bruins have four no-moves on their current roster and thankfully, they are all pool worthy players, so there shouldn't be too much issue there.  David Krejci, Patrice Bergeron, David Backes and Zdeno Chara will all be protected right off the hop.  I can't see the Bruins move away from the 7F/3D/1G protection scheme, it won't leave a lot of great talent out there, but Malcolm Subban now has three seasons of pro experience in the AHL and he will not be exempt and will likely be left exposed.

Only two of the Bruins' pool worthy players are heading to free agency, if you haven't already figured it out, as both David Pastrnak and Ryan Spooner are restricted free agents this summer and there has been much speculation that Spooner could be moved, one way or another this year.  Nevertheless, Pastrnak will likely get paid, Spooner, who has already seen his bridge deal come and gone, might want some substance in his next deal and that's what might drive him out of town.

The team's best players, as you can see on the table above, are all getting paid and rightfully so.  Those seven players are worth $42.5 million against the cap all by themselves,  They also have a buyout on the books for the next three seasons, thanks to Dennis Seidenberg, which tacks on almost $2.2 million next year, so they are going to have to squeeze in 16 players in $30+ million before the cap ceiling.

The Boston Bruins have a "can't miss" prospect in Charlie McAvoy, who we got to see in the first round of the playoffs against Ottawa and he did not look out of place out there.  The Boston University alum, who left college early to sign his deal with the Bruins, got the chance to play, thanks to injuries and you'd have to believe that the 19-year old will get more than his fair share of time in training camp and you might have to pry his spot on the lineup away from him next year.

The Bruins hold the 18th overall pick in the draft this year and they are in need of a playmaking forward to help boost this offense in a year or two, maybe three.  The Bruins have already had some good fortune with a playmaking Czech forward in David Krejci, so why not go back to the well and see if they can make a generational connection with Martin Necas, who has already been playing in the top Czech league as an under-aged player.  His skating is said to be very good and he makes plays, something the Bruins could use more of.

The Bruins were a tough team to read heading into last season and not a lot has changed.  The influx of youth has been a big positive for the Bruins, both on the ice with their performances and off the ice with their cap hits.  The Bruins are retooling more than they are rebuilding, which could work in their favour, but there have been a number of teams that have tried it and it's a slow burn out of the playoff picture, year after year.  If Bruins management can identify some pieces that could move and find some more compatible pieces to play with the current roster, they have a much better chance at making the playoffs again.  No guarantees on that, however, as teams may not be keen to trade for some of Boston's cast offs.  If none of that happens, then it will be put on the shoulders of Rask and Marchand again and that's a tall task, two seasons in a row.
Posted by opiatedsherpa at 12:00 PM