Eller to the Capitals for Picks 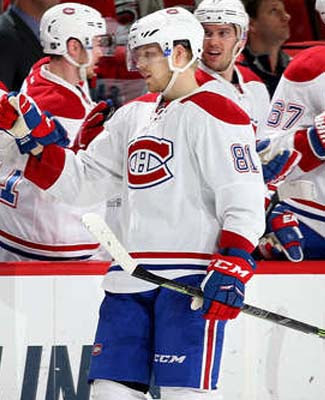 The Montreal Canadiens were the team that really got the draft off with a bang, of course, that was after the 1st pick overall was selected.  They began the night with a deal that saw forward Lars Eller head to Washington for a couple of picks, one early on Saturday and the other next Summer, both 2nd round selections.

Eller, a crafty veteran, who rounded out the pool worthy rankings for all forwards, finishing 216th in scoring among the group.  He saw some time in the 2016 draft pool and has been a bit of a regular.  The Capitals should be able to find a good spot for him, as he does have some streaky scoring runs through the year, not unlike some of their current roster of players and should provide solid minutes on the second or third line.

The Capitals are filling up their roster, albeit in pencil, with a good number of names in the early part of this off-season, as they now have 16 names on their projected list and still have $13.3 million to spend, before they hit the ceiling.

For the Habs, they clear out a little bit of cap space moving forward, as they were not quite done on the night.  They moved to having about $15 million in space below the ceiling left and they had about seven spots left to fill on a full 23-man roster.  That's not too bad in the cap management department.
Posted by opiatedsherpa at 5:27 PM