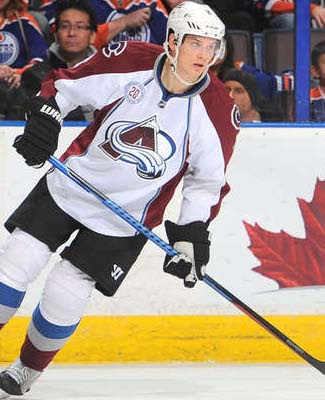 Nick Holden, a pool worthy defenseman in the 2016 season, was dealt from the Colorado Avalanche to the New York Rangers this afternoon, for a mid-round pick in next year's draft.

Holden had a very respectable 2016 season, chipping in when he could and did make an appearance in last year's hockey pool, so this deal does come as a bit of a surprise, given how much went back for him.  The Avalanche are not in cap trouble, rather they are still below the floor with their projected roster, but they may have wanted to make sure they had the extra space for re-signing Tyson Barrie and to still be a big player in the free agency market, when it opens up next weekend.

The Rangers will add a steady defender, who was able to play in every game last season and should provide a reasonable pairing with just about anyone else on the Rangers' projected blueline.  The blueshirts are not very deep at the back and surely needed some help and this was a more than reasonable cost for getting someone who could step onto the active roster at puck drop in October.

The Rangers are likely going to remain busy in this off-season, so it is really hard to say what this team will look like and what they are expected to do offensively.  Projecting an increase in production for Holden may be a bit presumptuous at this point.
Posted by opiatedsherpa at 12:35 PM