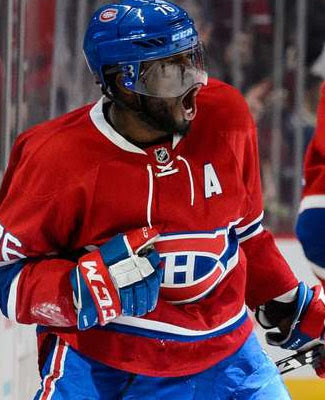 The second deal of the day had a lot to take in as well, as the Montreal Canadiens and Nashville Predators swapped their top defensemen in an exceptionally bold move.

The Predators receive an exceptional talent at high speeds in P.K. Subban, not to mention a massive personality that rivals some of the biggest stars in the other major North American sports.  With that dynamic talent, however, does come an element of risk, which is not only entertaining, but it is also a detriment some nights, but those nights have been growing fewer and farther between.

The blueline in Nashville will be a fun one to watch, especially when Subban gets added to the group that already has Roman Josi and Ryan Ellis as offensive dynamos, all playing in front of a world class goaltender in Pekka Rinne.

It seems to me to be a contrast of styles matching up here, with Nashville being a little more defensively responsible than Montreal, where Subban was able to freely skate up and down the ice and do what he does best and I never really thought Nashville needed an injection of life from the back end, since what they had already was doing the job quite well.  Projections will certainly be tough here. 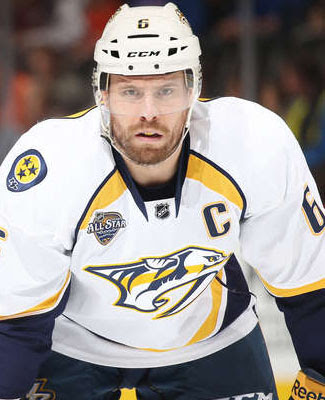 Now, on the other hand, the loss of Carey Price to injury really showed how much of a free wheelin' team the Canadiens were and in Shea Weber, I don't think they will give up nearly as much offense to get some much needed steady defense in front of whoever is in net for the team.

Weber will provide a punishing presence on this Habs blueline at both ends of the ice and he carries a big leadership factor to every game as well.  With Weber and Andrei Markov at the point, either on the same power play unit or different ones, they will have a pair of bombers that can devastate goalies and both can make that first pass out of the zone to some forwards that are there to skate it out.

The physical presence will also be something to marvel in the Atlantic Division, which may give them a leg up against some teams, like Toronto or Tampa Bay.  And the best part about that is that you're not giving up any offense to get it.

Montreal will take a little bit more of a cap discount in this situation, but there are going to be some real cap complications, if Weber retires before the end of his term is up.  His deal was signed before the latest CBA came into effect and his 14-year deal was really one of the last big deals to be signed.

There is lots to like in this deal, from the outside looking in and not as a fan of either team, since both teams are certainly adjusting their thought processes in how they will go ahead and do business in next season's schedule.  I believe that I am of the very few that thinks that Montreal came away just fine, if not a little better, after this deal, from a hockey perspective.
Posted by opiatedsherpa at 5:31 PM