Morning Player Notes in the Playoffs - It's Over! (Jun 13) 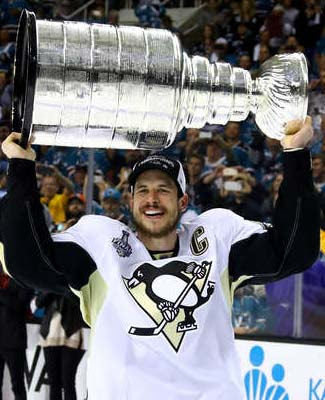 It's all done!  The Pittsburgh Penguins are indeed the Stanley Cup champions for 2016 and they did so in fine, convincing fashion yet again.

The Penguins not only kept the pressure on at the San Jose end, they were also able to restrict the number of shots that the Sharks had in their own end, giving it a very good two-way effort, something that somewhat went under the radar in this series.

A 1st period marker from depth blueliner Brian Dumoulin got the Penguins well on their way, which could have been derailed by the 2nd period goal from Logan Couture, if Kris Letang didn't own the play shortly after, finishing a quick feed from Sidney Crosby, less than two minutes later to take the lead back.  The game was sealed away by a Patric Hornqvist empty-netter late and that was all she wrote in this one.  A 3-1 final and a Game 6 victory, the series concluding at 4-2.

Letang had the bonus point for the winner, while Crosby had a pair of assists, being the only notable players in the finale, but that was really how the pool turned out in a nutshell anyways. 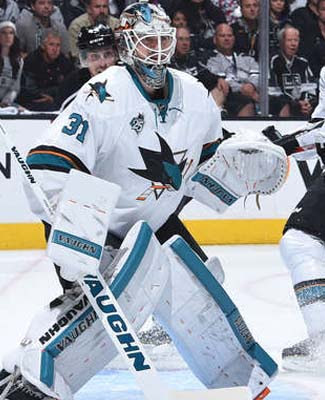 Well, despite the Stanley Cup win for the Penguins, they don't have the honour of having the Playoff Pool MVP, which belongs to Martin Jones of the Sharks.  No, Jones was again amazing in Game 6, but it didn't add up to a whole heck of a lot in the end, but he was the best player in the pool this year, so that means something to us.

This Playoff Pool had the worst luck this year for goaltenders, since Matt Murray unseated Marc-Andre Fleury as the playoffs got started and his momentum carried him through, right to the end.  Fleury got a grand total of 79 minutes worth of action and wasn't able to register a win, which was bad news for his four teams that selected him.

The result for the Sharks was not indicative of Jones' play in the Finals, because he was certainly working his hardest to keep his team in every game, but they certainly couldn't repay the favour.  The acrobatic saves he was making, each and every night, were keeping the Sharks in it, but the offense couldn't quite make it through the Pittsburgh defense.

In the end, Jones finished with 13 wins and 3 shutouts, picking up 32 points and was the best player overall, taken only twice in the pool.

Usually throughout the playoffs, I would make good use of this GIF for the game-winning goals, but I just wasn't feeling it at all this year.  It wasn't a great year for scoring this year and the pool numbers were quite low, but we'll get through these pretty quick.

On the players' side, Joe Pavelski had the pool-high in game-winning goals, leading the way with 4 bonus points this Spring.  Three other players, Sidney Crosby, Tyler Johnson and David Backes all finished with 3 bonus points as well, making for good playoff years for them as well.

From a team point of view, Kristy's team ended up with a great season in the bonus point department, finishing with 16 game-winners from her team, taking the title.  11th place, Bill, was 2nd in the pool with 14 and Stuart, our pool-winner, not to mention Chris, who finished 5th, each had 13 winners.

I don't think the bonus points played a huge role in this year's pool, but that's the way it goes sometimes.

So, we're paying out the top two teams for the pool this year and all the money goes into the pot, when it comes to the playoffs, so $350 will go to Stuart for the win and Kristy will receive a cool $150 for 2nd place.

We'll have the money out this week to our winners.

Thanks everyone for joining the pool again this year, this was one of the better populated playoff pools in recent years, so thanks for that.  Sorry, the sheet wasn't very receptive to all of these back-up goalies that went a long ways or these 4th line contributions that we saw throughout the playoffs.

We'll have a World Cup pool announcement at the end of the month, we'll have more information on next year's draft, likely in August and stay tuned to the blog for all your silly season updates, that have more bearing on how our hockey pool draft may go forward.

Have a great Summer, all!
Posted by opiatedsherpa at 8:00 AM