Wake up!  Wake up!  It's time for the Newsletter!

Week Two is now in the books and I'm sure, like most other years, this season will fly right by, so let's stay on top of it all and recap the week that was.

The top line for the Boston Bruins is firing on all cylinders these days, especially in Week Two.  They were led by their pivot man, Patrice Bergeron, who finished with 9 points in only three games this week, taking the title without any issue or tie-breaker this morning.

In total, that gives the 33-year old 5 goals and 11 points in five games this season, good enough for 3rd overall in hockey pool scoring, making him into quite the bargain pick for Eric's team, which picked him with the 91st overall selection in the 4th round of this year's draft.  Now, Eric needs the rest of his picks to start playing well, as his team only sits 16th after two weeks, 21 points out of 1st place.

On the shoulders of a monster weekend, Neil's team shot up the weekly standings like it was nobody's business to capture the Week Two Mover & Shaker nod, and his team threw their hat into the ring for the money race as well, lifting themselves from 9th place to 2nd with the snap of a few fingers. 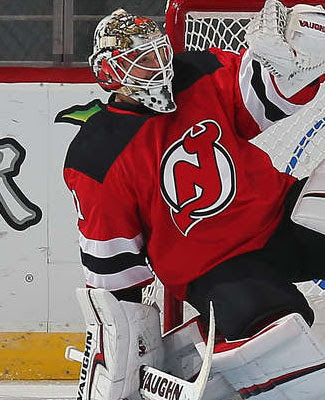 Neil's team was led by New Jersey goaltender Keith Kinkaid and Toronto forward John Tavares, who each had 6 points in the week, followed by Teuvo Teravainen in Carolina and Ron Hainsey in Toronto, who each had 4 points as well.  Only three players on his team failed to register a point, one of them spent the better part of the week in the minors, Tristan Jarry of the Penguins, and he's expected to go back down here shortly as well.

It was quite the lift in the standings that Neil saw as well, after an average Week One, his team blew the competition away in Week Two and now has a seat amongst the money teams to start Week Three.  His team certainly has some potential to stay up in this race, since some of the names up in his top scorers are probably going to stay in the scoring race all year long.

This is Neil's 4th season in the hockey pool draft and this is only his 2nd time hitting the Mover & Shaker nod in the Newsletter, his last time being back in Week Five of the 2016 hockey pool season.  His team moved into 1st place that week after a 30-point season, but couldn't quite keep up the pace that year, finishing 8th.  His team doesn't have any rookies, they have only one fruitless shootout attempt this year and a few game-winners, so the big money will be the race that he'll be most interested in.

This was going to be Ryan's year... he started doing his homework a week before the draft was getting started, he bought all the books, read up on all the sleepers... he was ready to go.  No more Basement Dweller nods for him this year... it was going to be all about the big money!

Okay, maybe he could get away with having one Basement Dweller nod this season.  Then, his team will pick up their socks and race up the standings and get him some of that sweet, sweet cash at the end of the year.  Just one... no more after that.

Well, his team did let him down pretty badly this week, finishing with only 15 points and it had dropped him from 21st to 24th in Week Two and his team is now 21 points back of 3rd place.  There's still lots of time and lots of hockey to be played, but he'll really need to see some positives in the next couple weeks to really start thinking he's got a chance.

Mikko Rantanen of the Avalanche was his top player, finishing with 5 points, but seven players on his team failed to register a point in the week, which is half his team and that is what will kill a team pretty quickly, if that continues.

Ryan has been out to every draft since the 2008 season, year #12 for him, but unfortunately, this is Basement Dweller nod #15 in his career, one of the all-time greats in the category.

With Neil jumping his way up into the money spots, he'll get a mention up in the trophy race.  His team will open Week Three with only 4 points to make-up to make it to 1st place and it has a 6-point gap between itself and 3rd place, which belongs to Kristy & Don.  Clayton and Stuart are hanging around, only 1 point behind 3rd, Troy is a point behind them, Steve is a point behind Troy, Jeremy and John P. are just another point back and that's just one hell of a race through two weeks.  It would be awfully exciting if it could stay this way all season long, would it not?

Brady Tkachuk of the Ottawa Senators had a big week for Stuart's team in the rookie pool, finishing with 5 points and made his the top team in the mini-game for Week Two.  The 4th overall pick in the NHL Draft got on the board early and often this week and is starting to fit in quite nicely.

Clayton's team still leads the mini-game with 11 points through a couple of weeks, but his top rookie, Elias Pettersson in Vancouver may be on the shelf for some time, opening the door for some others to creep up and catch him.

As a guy that was never really a fan of the introduction of the shootout, I won't say that there is a 'lack of shootouts' for the sake of the game, but for the sake of the hockey pool, that is certainly the case.  In Week One, there were only 3 goals scored in shootouts, collected in the pool and in Week Two, there were only three shootouts in the week and only 2 goals were collected in the pool in those contests.  Games have been decided a lot in regulation, as overtime is even a rarity, but the shootouts more so, since the 3-on-3 session tends to sort out results.

Nevertheless, the lead that Troy had after Week One has held up after Week Two, but Jesse and Benson joined the race in the last week, joining Grant with a goal each in the skills competition.

There were 42 games on the NHL schedule in Week Two of the season and the hockey pool was able to collect on 30 game-winning goals, either from regulation or overtime, as the shootout does not count towards those statistics.  In total, we're 50 game-winning goals collected in the pool, coming out of 73 total games.

Benson and John P. lead the way after two weeks on the schedule, both teams with 5 game-winners each, Tony not too far behind at 4 game-winners.  Three teams in the pool still haven't registered a clutch winning goal yet and they are Dale C., Ryan and Wes.

Wes' team earned Goon Team of the Week honours with 29 minutes in penalties in Week Two, giving him top spot in the PIM Pool, which still doesn't pay any money, but you'll at least get a mention in the Newsletter.  Wes' team sits 21st in the overall scoring standings, but if they are spending most of their time in the penalty box and not on the ice scoring goals, then you can see why they're here and why they're not in the Mover & Shaker nod.

Three more teams were eliminated from the goalie survivor pool in Week Two, if that were a real thing again this year.  It isn't, so don't ask if you're winning any money.  Stuart, Brenda & Seward and Grant were our casualties in Week Two, leaving us now with 17 teams left to play for the fake honour.

Tony's team has still yet to find a win in the pool this season, but one of his starters was on the shelf to start the season and the other plays in Detroit, so it is all adding up.

It's a normal occurrence to see a sharp drop-off in scoring from Week One to Week Two, since the injuries may start to stack up, backup goalies get their first starts in the week and some players are already over the excitement of starting to play again.  Let's have a quick peek at how the last few seasons compare, since it has been 25 teams for the last three drafts.


If there is one thing that the pool has done well at this year, was keep the drop-off in scoring down to a minimum, not hitting that full point between the two weeks, like the previous two seasons.  Scoring does certainly feel like it has gone up this year and that could be the biggest factor, since we've seen the biggest drop offs in participation this year, it's just whoever is playing is also scoring and doing it well.  Good news for us!

An upper-body injury added Jakob Silfverberg to the list of injured Anaheim Ducks forwards, as he was hurt against the St. Louis Blues on Sunday night.  The injury came in the 3rd period and he didn't return.  There was no immediate update on his condition, but the Ducks are just having trouble keeping their forwards healthy, although they did see the season debut of Ryan Kesler over the weekend, but they also placed Ryan Getzlaf on the Injured Reserve, retroactive to the weekend previous, just to keep a full roster in place.  The Ducks are shifting bodies, left, right and centre these days.  Consider both Silfverberg and Getzlaf day-to-day for right now.

The latest injury is a concern for our pool leader, Benson, who has had very good production from the Swede, 7 points in six games.  The lead he has is still pretty safe with some of the other players on his team running hot, but it is still a bit of a concern.

Getzlaf is eligible to return at any time now, as his retroactive addition was in the 7-day minimum placement, so he can still be day-to-day for Stuart, but now he isn't taking up a roster spot.

The Winnipeg Jets finished the week without one of the stalwart defenders in Dustin Byfuglien, as he was a scratch early in the day with an upper-body injury. There was no indication of the severity of the injury, but he is now listed as out day-to-day, as we await the final word on his condition. The big, rough & tumble defenseman hasn't exactly been producing early on this season, registering only 1 assist in four games this year, so it could be a lingering issue that he is dealing with and affecting his play. We'll see in the coming days.

This wasn't the news that Dale C. wanted to see at the end of the week, as his team was barely sitting above the Basement Dweller nod all day on Sunday.  His team finished the week in 23rd, 5 points clear of last place he could really use the schedule to start turning in his favour here soon.
Posted by opiatedsherpa at 6:21 AM