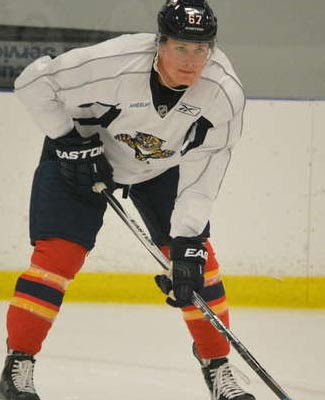 The Arizona Coyotes are taking on another pretty good asset in order to help a team deal with some cap struggles, as they have acquired a former 1st round draft pick in forward Lawson Crouse, while taking on a lump of a salary in Dave Bolland for a couple of draft picks.

Crouse, a top end prospect with size and skill, will be a big add to this franchise and certainly has some potential to make the jump into the NHL this season, but the Coyotes are not necessarily going to be a cake walk to join, given the competition in the queue.  He will certainly be a player to watch in training camp, as he could potentially be a 30-point player, if he makes the team full-time.

In Bolland, the Coyotes will take on a good chunk of salary for the next three seasons and there are some suggestions out there that he may not be ready to play to start the season, as a lower-body injury cost him the last 26 games of the regular season and the opening round of the playoffs with the Panthers and that injury limited his season to only 25 games.  Once upon a time, Bolland was a reasonable late round option for the hockey pool, but even if he does play any games this season, he doesn't carry any recommendations for even a sleeper pick.

It was a pretty steep cost for the Panthers to move $5.5 million of cap space out, as Crouse does have some real upside to his game.  Still, with all of that extra space, the Panthers can really add some talent to help them win this season and they still have a kid like Jayce Hawryluk in the wings, who could make the jump and be one of those rookies that sneaks onto everyone's radar this season.
Posted by opiatedsherpa at 9:10 AM