Much of the talk already into the Toronto Maple Leafs' off-season has been about the changing of the management team and how the organization has finally handed the reins to the young assistant GM, Kyle Dubas, while long-time hockey people like Lou Lamoriello and Mark Hunter have left the organization in a huff.  It's not like the Maple Leafs had a terrible 2018 season either, it is more about the natural progression through the years, as the team's President, Brendan Shanhan, seemed to have a plan for Dubas and now it's coming to fruition.  Will it make them better?  It's hard to say, they're not so bad right now.

The Leafs finished 7th in the league standings, which is a darn good year, falling short of an Atlantic Division title by 7 points.  Their youthful core did very well to impress everyone yet again and they did so on a more consistent basis, which means this upswing for the team is likely going to continue for a few more years, at least.

The Leafs play an exciting brand of hockey, tied for 2nd in the NHL in goals for with 277, but they still lack that bit of experience that would have helped them through a tough opening round playoff series against the playoff-ready Boston Bruins.  Toronto took Boston to seven games, but couldn't quite get the job done, but you have to know that they're pretty darn close.  That killer instinct is coming and it might be here really soon. 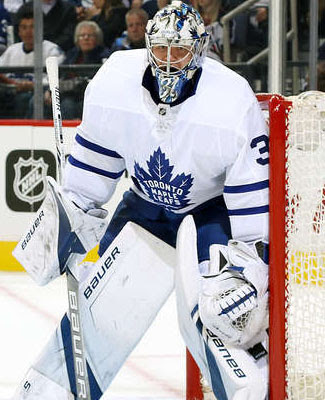 The backbone of this Maple Leafs team is Frederik Andersen, who has now posted back-to-back seasons as the team's top hockey pool point-getter.  In the 2018 season, the Dane appeared in 66 contests, picking up 38 wins and 87 points, which was good enough for 15th overall in hockey pool scoring and 4th among all goalies.  Andersen doesn't seem to mind carrying the load for this team and they seem to enjoy playing in front of him.  It has been a great mix, so far.

In total, the Maple Leafs had 13 players worthy of being picked in the pool and that included both goalies, since Curtis McElhinney proved to be a really good number two guy, appearing in 18 games for the club this season.  Up front, Mitch Marner led the way for all Toronto forwards, followed by Auston Matthews, William Nylander, Nazem Kadri, James Van Reimsdyk, Patrick Marleau, Tyler Bozak and Zach Hyman.  On defense, Morgan Rielly, Jake Gardiner and Ron Hainsey were the only three worth mentioning here, which isn't a lot, but they were effective.  The youth movement is there in Toronto and it's worth picking up on, if you haven't already.

The Toronto Maple Leafs put a lot of eggs in the freshman basket in the 2017 season and it took a lot of teams by surprise. This will not be the case in the 2018 season, as teams will be ready for these guys and there will be better game plans set for them, especially as we go deeper and deeper into the season. Matthews and Zaitsev are the better bets to avoid the jinx, but it isn't a sure thing that they'll have the same seasons in the NHL either, while Marner and Nylander could face the struggles of some, if not larger, expectations, put upon them by the fans and the media. If there was a playoff team in the Eastern Conference that could fall out, it would be Toronto right now, as they wait for this foundation of youth to settle into their roles moving forward.

I clearly underestimated this team last season, but for good reason... we've all seen those second year jitters before.  Besides some upper-body/shoulder problems, Matthews was good, while Zaitsev suffered with injury too.  The Leafs continued to trend upwards, which looked really good on them and bad for me, since I didn't believe that they could do it in their second season together.  This is a strong group, clearly, and once they had a couple more pieces, they'll be very dangerous.

I was looking closely at what Auston Matthews was going to do for an encore to his rookie season and averaging a little over a point-per-game was pretty well what I was expecting.  I'm sure most Toronto fans were hoping that he would play more than 62 games, just to see how good he was going to be through a full season.  This kid is the real deal and a pillar to which the Leafs will be more than happy to build their franchise on.


There is an expectation of a few changes coming to the Toronto lineup for the 2019 season, as free agency will play a big role on their roster this summer.  The team does have the bulk of their pool worthy players coming back for next season, so there will be plenty to choose from in blue and white, but you may want to play close attention to some of their lesser-known names, as the Leafs have already been busy putting pen to paper with previous draft picks and European free agents.

James Van Riemsdyk and Tyler Bozak appear to be on their way to the open market this summer, as the two unrestricted free agents have been rumoured to be on the trading block all year, mostly because of their likely salary demands, versus what the Leafs will be able to afford long-term.

William Nylander is the first of many long-term pieces for the Leafs that will need deals over the next 13 or 14 months, as he will hit restricted free agency this summer and he'll need a new deal to play, while some of his young teammates will be looking for extensions this year.

At this very moment, things don't look too bad for the Leafs, as the 24-man roster above, including Nathan Horton's injured cap hit, has barely gotten above the salary cap floor for last season, so they'll have some flexibility with their spending this summer.  Matthews, Marner and Kapanen will all be RFAs next summer and that's where a lot of that flexibility will need to be stretched over.  We'll be seeing and hearing a lot from this Leafs team in the coming months.

The Maple Leafs are going to need some extra help at the back in the coming season and it might be high time that Calle Rosen gets a shot at one of those key spots on the blueline, as he spent the bulk of last season on the farm with the Marlies.  The undrafted European free agent put up some decent numbers for the Marlies in 2018 and even had a brief stop up with the big club, when needed.  At 24 years old, this would be the right time to see if he's NHL-ready now, if at all.

Toronto is one of the couple teams in the bottom quarter of the 1st round to still have their pick this summer and they'll be selecting from the 25th position.  The team's forwards are still a point of strength, so I can see the Leafs continuing to try and build from the back end out, so I can see them taking a kid like Mattias Samuelsson.  The son of Kjell Samuelsson, already has most of his father's size and probably exceeds him in skill.  This kid was a part of the US Development squad in 2018 and put up some very reasonable numbers, which would make him a pretty good fit for a somewhat undersized blueline in Toronto.

Well, I'm pretty sure I'm not going to underestimate this Leafs team again this season, they were definitely put together well and they stayed together through thick and thin in the past year.  This is the sort of thing that the great teams have been built on.  If they are going to part ways with Van Riemsdyk and/or Bozak, they will have to replace that offense some way and that won't necessarily be an easy task.  Ideally, they'll want to do it from within and they'll certainly explore that option thoroughly.  I think the Leafs are headed in the right direction and they'll be a strong scoring team, so their hockey pool strength will be there too.  Now, the question is, have they acquired enough experience to go further in the playoffs?  Yes, I think they have.
Posted by opiatedsherpa at 12:00 PM