As Week Eighteen officially starts today, we still had a pretty good and productive weekend in the Waiver Draft, getting through 19 spots in the draft at the end of Sunday night and kicking off first thing in the morning with the 20th slot.  So, let's quickly recap and maybe, just maybe... we'll finish the 1st round by the end of the day. 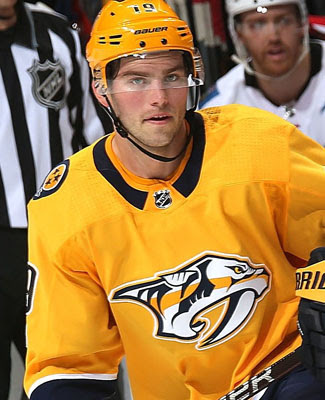 Dale C. kicked it off with dropping his only entry in the rookie race, Washington's Jakub Vrana, who had been somewhat underwhelming on the offensive juggernaut, that is the Capitals.  In his place, Dale added Nashville forward Calle Jarnkrok, who should help both the overall race and the plus/minus mini-game as well, down the stretch.

Andrew Ladd of the Islanders is currently on the Injured Reserve and that was enough for Stacey M. to dispatch of him, after picking him in the Week Nine player swap.  Ladd was somewhat disappointing in his 17 games played, only picking up 5 points, so that was another good reason to drop him too.  In his place, Stacey scooped up Nick Bjugstad of the Panthers, adding a bit of size to her team.

Clayton couldn't find anyone better than what he already had, so he ended up passing in the 1st round. 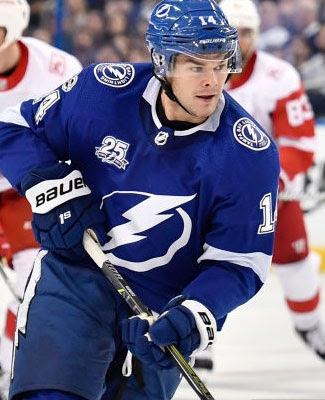 Tony rid himself of Ryan Strome of the Oilers, his least efficient forward and he took a chance on Chris Kunitz in Tampa Bay, citing his current linemates are pretty good and it was totally worth the gamble to do so.  Tony's team has been climbing the ranks and could use a quick boost from a veteran scorer.

The Josh Ho-Sang era on Grant's team has finally ended.  The kid who has been playing in the AHL for the last number of weeks, doesn't appear to be on track for a return to the Islanders any time soon, so he needed to go.  Grant noticed that Sam Bennett's game might be turning around in Calgary, so he was certainly worth the gamble to come back into the pool, after being dropped in Week Nine.

One more player that has made another appearance in the hockey pool this season, Edmonton Oilers prospect Jesse Puljujarvi, who is now taking over for Joe Thornton of the Sharks on Brenda & Seward's team.  The early morning swap today had to be done, as it sounds like Thornton's knee issue could be quite significant, after surgery last week.

So, next up is Kristy & Don... they could use a little help in closing up the gap from 5th to 3rd place here in the coming weeks.
Posted by opiatedsherpa at 9:33 AM