It may not have been the head start I was necessarily hoping for, but a head start is a head start.  Thanks to the All-Star break, we've had the chance to get an early jump on next week's Waiver Draft, hoping to conclude it in good time and have an extended bonus round, if needed.  On Friday, we knocked off a handful of drops and picks, so we'll have a look at those and prepare for a few more drops and picks, if all goes well today. 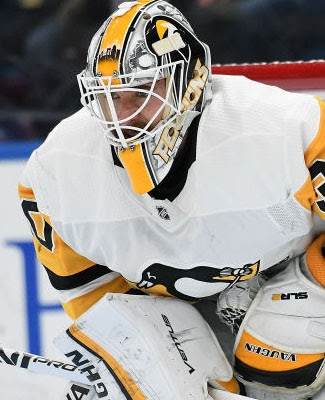 I didn't think Scott was going to pass up on the chance to get Matt Murray, the best player available in this player swap.  I'm sure he doesn't want to finish in last place this season, so taking the best player available was a pretty solid move on his part.  He dropped Cam Ward of the Blackhawks to pick him up, who could be seen as a reasonable pickup in the next round, one might think.

Brenda & Seward's team is also not looking to stay near the bottom for very much longer, picking up Vincent Trocheck of the Panthers, who was dropped because of injury in the Week Nine Waiver Draft.  The duo are looking to improve upon a dud of a pickup last time around in Jason Pominville of the Sabres, who dropped off the map in Week Ten.

The rookie pool gets a little more interesting when Derek B. drops Jonathan Quick of the Kings to pick up Adin Hill of the Coyotes.  Hill has been platooning with Darcy Kuemper, but the overall points isn't what Derek is after... he just wants his money back.  Will it be enough though? 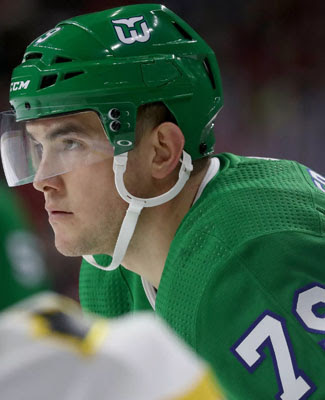 Chelsea's team was also looking to the forward ranks for some more help, letting the injured Montreal grinder Andrew Shaw go and picking up the much-coveted Micheal Ferland of the Hurricanes.  Ferland is among those players who will likely move at the trade deadline and head to a contender, which certainly gives him plenty of potential for the stretch run.

And finally, the last pick of the day was done by Benson, who wanted an upgrade in the crease, letting go of the other Chicago Blackhawks goalie in the pool, Corey Crawford, and picking up the backup in Winnipeg, Laurent Brossoit, who is putting up stellar numbers in limited action.

That's as far as we've come, we're now waiting on Eric to make his move, if any.  There is no deadline in the head start, but if Eric goes all the way into Monday, then we'll have ourselves an issue.
Posted by opiatedsherpa at 10:40 AM