It was a short, but sweet day on the Waiver Draft wire on Wednesday, as we didn't see much in the way of player movement, but we did pass over a number of picks, which only leaves us all with a day's worth of action, in theory, before the bonus round kicks in.  By my count, we have 10 selections left to comb over before we get there and before we even do that, let's have a quick peek at yesterday's moves. 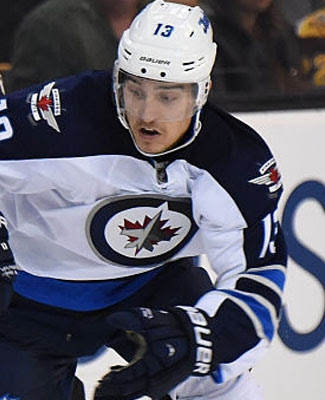 John P. was confident with his team moving forward or he wasn't all that confident with the players that were remaining on the list, so he chose to pass.

Brian is still trying to gut out a solid finish this season and he was looking to improve upon his forwards, dropping Florida power forward Nick Bjugstad and replace him with Winnipeg's Brandon Tanev.  Brian's forwards have been good in the second segment, ranking 8th in the pool in the middle portion, with 136 points, but it could always be better, right?

Wilton was humming and hawing over a move in the 2nd round, but opted to stay put for now.  His team does have options in the bonus round, if the news gets worse.

Talk about quick on the draw, Tony's phone was drafted and ready to go with his pick, when it came time to make the selection, as he dropped Nikita Zaitsev of the Maple Leafs and adding Travis Sanheim of the Flyers, hoping that the new surge in Philadelphia would get his team going in the final third.

After that, it was a couple more passes from Dale C. and Mike's team, both unswayed by the lack of talent on the board.  Now that those two have passed, Jesse is back on the clock, as we head towards the final 10 moves in the 2nd round.
Posted by opiatedsherpa at 5:33 AM