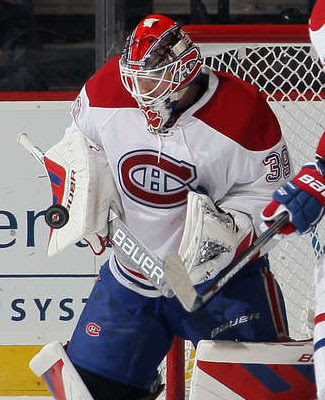 On Monday, we kicked off the first of two Waiver Drafts and we got off to a very respectable start.  Before the end of the day on Monday, we managed 13 picks in the 1st round, nearing the halfway point of the pool, which is great, considering we have more people participating this year.

John R. got us all kicked off first thing in the morning, as the flood of goalies hit the draft hard, starting with Montreal's Mike Condon, who is taking over for the injured Carey Price.  It wasn't long after John made that pick, that the Habs announced that Price would be missing the next six weeks with his lower-body injury, which immediately put a smile on John's face.

Monday's goalie fix didn't continue until the 7th overall pick, where Cindy, who is still looking for her team's first win of the season, picked up Edmonton's Anders Nilsson, who is working towards the number one job for the Oilers at the moment.  Allan went off the board a little, taking Winnipeg's Connor Hellebuyck, on the heels of the injury to Ondrej Pavelec, thinking that he could unseat Michael Hutchinson with a good stretch of play.  The fourth goalie taken on Monday was Boston's Jonas Gustavsson, who arguably has been the better of the two Bruins keepers, but they continue to roll with Tuukka Rask as the number one, but Gustavsson has been getting some time and winning in that time. 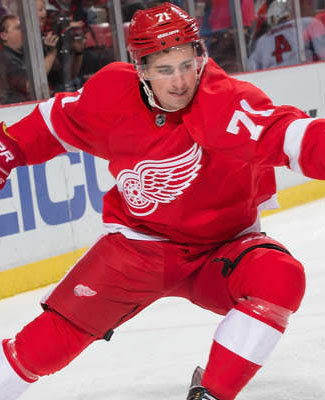 The rookie race was well represented in the opening half of the 1st round, as Grant nabbed Dylan Larkin of the Red Wings, who was also the best forward available at the time as well. Grant is already on the board in the rookie race, having 13 points from Sam Bennett of the Flames and he'll need some help chasing down Ryan, who has 28 points more already.

Mike, who also is already with rookie points, albeit only 4 points, joined the rookie parade, taking Rangers freshman Oscar Lindberg, who is off to a great start this year.  The best defenseman available, Colton Parayko of the Blues, is also a rookie, so that was a double-whammy for Tony, who had yet to have any rookie points this year.  Anthony Duclair was also nabbed, as Derek W. looked to join the rookie race in his own way, taking the next best rookie in the desert.

We should also note that both Condon and Hellebuyck are also rookies, so their value as goalies was improved upon, as they are thought to be valuable freshmen as well.

There were also a few players taken for the sake of just trying to climb back into the race for the big money, looking for that miracle hot streak, starting next week.  Benson went with Lee Stempniak of the Devils, while Kristy & Don upgraded their European presence, taking Tomas Fleischmann of the Canadiens and Stacey M. kept her fangirl status for her Habs, taking Dale Weise. 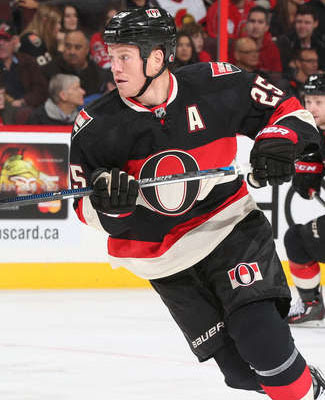 It was going to be in the first half of the draft order where we would see someone rush for the PIM pool and I wasn't disappointed, as it appears that we'll have a two-horse race for the final tally of pugilistic time spent in the box.

Derek & Dan cast the first stone, taking Chris Neil of the Ottawa Senators, who has done a great job collecting misconducts and fighting majors to start the year.  As of Tuesday morning, they sit 61 PIM behind Wes, but with still one more pick in the draft, they could really make some hay.

That's only if Wes' pick, Colorado's Cody McLeod doesn't have anything to say about that himself.  McLeod opened the week in 2nd place in the individual PIM rankings, so he should offer Wes a good cushion worth of minutes to help him keep ahead of the pool's third duo.

Now that we're getting into the top half of the standings, I don't think we'll see any more goons taken until these two teams show up again.

Stay tuned tomorrow for a recap of Tuesday's picks.
Posted by opiatedsherpa at 9:48 AM