It's that time of year again!  We're only one week away from the start of the Week Nine Waiver Draft and with that, I have done up what the draft could have looked like, using the order from the standings at the start of Week Eight and I just went down the line, using the available players list, making sure that the players were not hurt.

Let's review the rules first, shall we?

We will do two full rounds of the Waiver Draft, the order being decided after the audit on Monday, last place to first place in both rounds of the draft.  Teams will be permitted to drop one player and pick up a player of the same position in each round.  Players dropped in a round will not be permitted to be taken again until the next round, just so everyone has a shot at some players dropped that may have been dropped for mini-game reasons.

There will be a bonus round and the kicker there is that only players who are injured can be dropped in the bonus round.  This round is to ensure that your team is healthy going into the second segment of the season and not to just get rid of some duds.  The first two rounds are for that.  The second round will be a full-on free-for-all, first come, first serve, once the notice goes out, you can have your fun and reboot your roster, assuming that you have a team lined out the door of their local infirmary.

With all of that being said, let's have a quick peek at the first round, as these drops may or may not happen and they are replaced by the next best player available, no mini-game consideration was done. 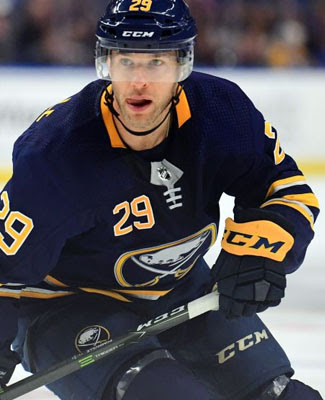 Jason Pominville of the Sabres is currently the hottest commodity on the market for the Waiver Draft next week, as he leads all available players with 17 points in 20 games this season.  He'll be ending up on the pool coldest team, belonging to Scott, who starts the week 10 points back of 24th and would need some real help to move up that spot and lose out on Pominville.

Top rookie available in this first round of the draft, Ottawa's Colin White, who has had a slow start to his NHL career, but has seemingly started to find his groove this year.  He has 6 goals and 12 points in 20 games and would certainly help any team trying to either improve upon their standing in the rookie mini-game or even get their feet wet in it.  Nevertheless, he will be taken, even for his general scoring talents, 12 points is a good boost to a team.

How about the game-winning goals mini-game?  Devin Shore of the Stars is day-to-day with a lower-body injury, but still leads the available players with 3 winners in the first eight weeks of the year.  Eight other players, including Pominville, are rocking 2 winners and could certainly help out a team looking at that mini-game, looking for that clutch goal scoring this season.

The shootout goals is another mini-game that's going to pay this year and as much as we haven't seen nearly as many shootouts this year, but there are still goals going in and we're not cashing in on them.  Eight players have scored a goal in the shootout, still available on the list, so we might not list them all here, but there are a few to look at.  Markus Granlund of the Canucks, projected for the second round, leads all available players with two attempts in the shootout, so that might be something to consider. 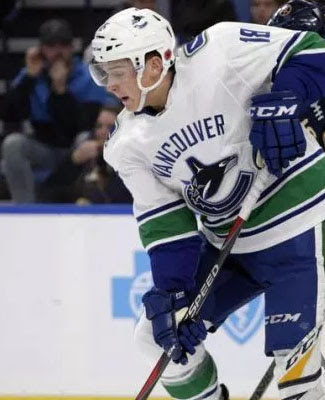 I didn't add any players that may have been dropped in the second round of the Waiver Draft, this was strictly dropping players to pick up players from the available list.  I think we'll see a good number of defensemen shifted in the second round, since they are not nearly as valuable than the forwards that are available, but there could be some decent ones in there.

Also, there are a number of teams that do have some more injury concerns and I didn't necessarily want to point them all out, so the bonus round, if it happens, will be a bit of a mystery, until the end of the second round, of course.

Some teams will certainly struggle with some decisions, like whether or not dumping William Nylander is a good thing?  Will Jonathan Quick ever play again and if so, how good could he possibly be?  What is the actual timeline for Andrei Vasilevskiy being out... is it worth dropping him for minutes now?

This Waiver Draft should make for some interesting questions and the answers will take their time to unfold, but make no mistake, we will answer those questions!
Posted by opiatedsherpa at 4:22 PM