Another exciting week is in the books! That makes six weeks now completed, as we draw closer and closer to the season's first Waiver Draft of the year. That will kick off two weeks from today. Scott is already getting his homework done for the first pick in the draft, as his team can't seem to get any traction these days. We'll have a longer look at that a bit later on in the Newsletter.  Anyways, let's hop to the week that was.

We had ourselves a tie at the top of the Player of the Week standings, as 8 points was our winning totals for Week Six and with 3 goals and 5 assists in three games, Philadelphia's Claude Giroux took the title over Max Domi of the Canadiens, who had 2 goals in four games.  A number of players finished with 7 points in this race, including a player or two that even had some action on Sunday night, trying to make it to the top by the end of the week.

In the end, however, it was Giroux, taking his first Player of the Week nod... ever!  Believe it or not, we have not seen Giroux's name in this spot on the Newsletter previously and we hadn't seen Domi's either, so either way it was going to be a first time winner this week.  That's something.

This week started off with 2 goals and an assist against the Coyotes on Monday, a pair of assists against those same Coyotes on Thursday and then a goal and a pair of assists against the Blackhawks on Saturday.  This started a new 3-game points streak for the Philadelphia captain and also brings his overall totals up to 7 goals and 22 points in 17 games with the Flyers, good enough for 7th overall in hockey pool scoring.

You won't hear any complaints from Troy about his production, taking him 23rd overall in the draft is now looking like a pretty good steal, so far.

The Mover & Shaker race was an exciting one, which came right down to the final buzzer on Sunday night.  Troy had the better part of the week all to himself atop of the hockey pool weekly standings, but in the end, Wes did his best to sneakily pick up a few more points on the final day of action and snake the outright lead, right out from underneath Troy's side.  Wes finished with 35 points, 1 point better than Troy and 2 points better than Mike for the honour. 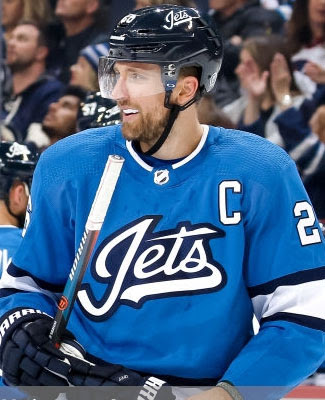 A couple of key forwards were the secret to his success, Blake Wheeler of the Jets and Mark Stone of the Senators each finished with 7 points in the week, Wheeler picking up those key last-minute points against the Devils on Sunday evening.  Alex Galchenyuk of the Coyotes, Devan Dubnyk of the Wild and Carter Hutton of the Sabres all finished a distant 3rd on his team with 4 points each and then were were a few singles here and there on his team as well.

The good week did indeed mean that Wes' team was moving up the standings, going from 12th place after Week Five to 7th place after his team's fine performance.  Wes' side is recovering from a bit of a slow start to the season, when they found themselves in 21st place after Week Two, things were not looking so rosy right away.  Nevertheless, his team has done well since then, consistently moving up, thanks to getting bodies back from injury and having them produce.

Historically, this is Wes' 11th appearance in the Mover & Shaker spot in the Newsletter, he hasn't missed many years in playing in this competition, unable to get a nod in the 2012 season and the 2016 season.  Otherwise, he'll generally find himself one nod in the season.

I don't think there is any consolation in the fact that Scott set a new season-high for the Basement Dweller point total this week, as 16 points was the lowest total in the pool in Week Six, mostly because it was still the bottom of the weekly standings, it's his second mention here this season and his team just can't seem to get the traction it needs to get out of 25th place.

Scott needed a couple of points on Sunday, just to make things close, but his team was unable to nick a point here or there and 16 points was where his team was destined to finish.  Shayne Gostisbehere of the Flyers was his biggest bright spot, finishing with 4 points in the week, Jake Guentzel of the Penguins tried to help out with 3 points, but as much as they led, not many followed.  Six of his players finished the week with 0 points, highlighted by a suspension, a long-term injury, a backup goalie, some healthy scratches and slow goes.  That all adds up very quickly.

Not all hope is lost quite yet.  Scott's team is only 10 points back of 24th place, but 56 points back of 1st place.  The Waiver Draft is still two weeks away with players not going live for another week after that.  Somehow or some way, his team will have to try and find some of that offense that will make up for these weeks.

Troy's near miss at the top of the weekly standings was certainly good enough to see his team vault into top spot in the overall standings and it gave him a 4-point lead at the end of the week as well.  His team jumped from 3rd to 1st in the week, now sits at 160 points, where the reigning champ took a step down and Stuart now sits 2nd at 156 points.  Stacey M. had an excellent week of her own, moving up from 7th to 3rd place with 154 points, 12 goals better than Kristy & Don at the same points level.

In each of the last four Newsletters, the lead has changed hands and we're now quickly approaching the point in the season, where someone takes that lead and runs with it for the rest of the year.  It's happened a good number of times before, but this year is too close to call and let's hope the race stays fresh all season long.

The rookie pool race may not be fresh for much longer, as Clayton's team still holds a pretty comfortable margin after six weeks, as his team's 26 points is still more than double than his team's next competitor, John P. or Ryan's team, both sitting at 12 points.

Ryan's team was tops in the week in rookie scoring, thanks to a 4-point effort from David Rittich of the Flames this week.  A shutout on Saturday night may have done enough for him to take the cage for the next little bit for Calgary, something we'll have to keep a close eye on.

There were a few shootouts in the week, but still not enough goals to really get excited about.  In total, there were 8 goals collected by the hockey pool in Week Six, Grant's team collected a pair of them to move into a tie for 2nd place, taking the success rate tie-breaker, with his team going 3-for-4 already this season.

John P.'s team collected another goal this week and his team is now 4-for-8 in the shootout and carrying the overall lead in the mini-game.  John and Clayton each lead the pool in attempts with 8 shots, while Brenda & Seward and Scott still hasn't seen a sniff of action in the skills competition this season.

Not only was Troy's team proficient in scoring in Week Six, they were clutch as well.  Troy's team led the pool in game-winning goals in the week, finishing with 5 winners and that bumped his team up to a 3rd place tie with Tony's team, which had 4 winners of its own.  Both teams now sit at 10 game-winners, 1 goal back of both John P. and Stuart for the lead.

This competition could swing either way in the remaining three-quarters of the season, it's just a really good run that has given these four teams an early lead.  It's certainly best to see your team out in the lead, because you can't count on scoring these kinds of goals at any time.  It really puts the pressure on the other teams to try and catch you.

We had ourselves one elimination in the goalie survivor pool in Week Six, as Brian's team failed to register a win in the competition and he sees one of the highest win totals going into the week, fall out of favour in this mini-game.  Mike Smith of the Flames has hit a real cold spell and Antti Raanta of the Coyotes was hurt all week, so no wins there and we're now down to eight teams in the game.

Neil has the overall lead at this point, surviving with a combined +36 total, while Dale C.'s team is a combined +28.  At the bottom, Jeremy sits there at -32 and Wilton isn't too far away at -31.

Things have leveled off for the hockey pool, as we're still getting a decent amount of the scoring that's out there these days, but we're certainly not getting all of what we want.  We want all kinds of goals and points... and wins!  Week Six saw the average collection rate in an NHL game up to 12.9 points for the hockey pool and that was with dwindling participation numbers, both for our skaters and our goalies.  Once we swap out all of those players stuck in the minors or juniors, get a long-term injury or two out of the way, we'll see those numbers turn around for another week or two, before the cycle starts all over again.

We're still waiting to hear more about an upper-body injury that Devils sophomore forward Nico Hischier suffered last night against the Jets.  He left the game, not to return, and now it's just the waiting game.  The Devils are back at it on Tuesday night, home to the Penguins, so we'll likely know more about it later on today and if it is anything more significant than a day-to-day issue, it will be on the blog.

Kristy & Don can ill afford to have Hischier down for any significant amount of time, as they saw their team fall out of the money spots this week and an injury like this could see them fall even further.  Hischier has 12 points in 15 games this season, still scoring at quite the pace.
Posted by opiatedsherpa at 10:51 AM