Another week, another outright Player of the Week nod.  I'm really beginning to like the start of this NHL season.

The argument still exists in St. Louis, as to who the number one goalie is on the team, but it really looks like Jake Allen is working his way into that spot and quickly.  Allen was the only player to hit the 8-point mark in the week, making him the best player in the pool.

Allen was the 30th player taken in the draft, taken in the 2nd round by Scott, and his 8-point week has bumped his season total up to 10 points, now ranking 64th overall in pool scoring.  If he continues this trend of Player of the Week nods, he should be worth his 2nd round pick in no time.

The week for Allen consisted of three straight wins and a shutout, blanking the Lightning, defeating the Ducks and holding on against the Wild.  The 25-year old netminder might have preferential treatment after a week like that.

It now marks three out of the first four weeks that having the Player of the Week will be the leading factor for becoming the Mover & Shaker of the week as well.  So, you won't really need to guess that it is Scott is the Mover & Shaker for Week Four. 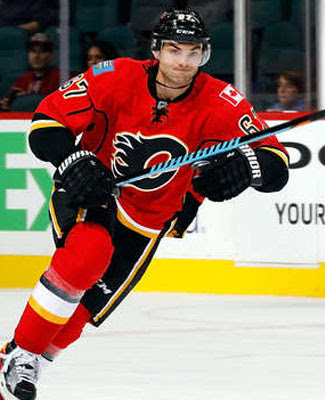 Scott's team finished with 34 points in the week, which was 3 points better than the next best team in the standings, which meant his team moved up from 17th place to 6th spot, inching closer and closer to the money spots.  At the end of Week Four, his side was only 4 points out of 3rd place, so all it takes is a good week to really make those kind of moves.  Sure, time is running out for those big leaps in the standings, so you've just got to hope that your team is keeping pace, if it isn't at the top.

Other than having the Player of the Week on his side, Scott could thank solid contributions from Michal Frolik of the Flames and Roman Josi of the Predators, as they both chipped in with 4 points each, while Nikolaj Ehlers of the Jets, Patric Hornqvist of the Penguins and Vincent Trocheck of the Panthers all added 3 points a piece to his cause.

Scott only had a few naughts on his team during the week, but that really shouldn't matter too much, especially given how deep this pool had actually gone.  I think we should come to expect a few more zeroes on the teams this year, especially since we really spread out the wealth.

The key to victory for Scott, I know it's early, but still, is going to be how consistent his goaltending will be through the year.  His pair has the most wins through four weeks and if they can keep that pace up, he'll be in the money, for sure.  What is really impressive is that his team only ranks 6th in minutes played by his goalies, so he's getting good return for their playing buck.

It shouldn't come as any surprise that for the third time in four weeks, that the Basement Dweller of the week has finished the week in last place in the standings.  You don't really want to have a bad week in this pool, unless your team is going to be able to bounce back with a ridiculously good week soon after.

Pool newcomers and the third duo in the pool, Derek & Dan, didn't have a great week, only picking up 10 points and their team dropped from 18th to 27th.  This after a really good start, where they finished 5th after Week One and were all full of promise.

Early letdowns from Jake Voracek in Philly (3 points total), an injury to Evander Kane in Buffalo (3 points), Marian Hossa not having a good start in Chicago (4 points) or even a poor start from Marian Gaborik in LA (2 points) will certainly do that to a team.  Sure, there is a chance they can bounce back before too long, but Derek & Dan have to hope that it isn't too long before that happens.

On the plus side, they're keeping pace in the PIM pool game, which we'll touch on below, so all is not quite lost for them yet.

We know we're going to be paying out the top three this year now, so that's what this section will be committed to this season.  Neil, who hasn't left the top two positions in the Newsletter yet, remained in top spot, but his lead shrunk from 5 points down to 2 points over Dale B..  Now, the gap between 2nd and 3rd is starting to get a bit bigger, which is a bit concerning, because it is really starting to look a lot like it was last year, with Kristy & Don and Grant, as they began to run away with it early.

John S. remained in 3rd place for the third straight week, but his loss of Carey Price will make it tough for him to stay there this week, as the best player in the pool is not the one you want to lose.  John holds a 1-point lead over Brian, who is surging early on here and still has a 4-point gap over Brenda & Seward and Scott.

As expected, the rookie pool is kind of getting away from us, as Ryan's four rookies were going to be tough to beat from the start of the year.  Thankfully, since this is supposed to be a compensation pool for those who are not in the money, his team has suddenly dropped out of the big money and down into the middle of the pack, not making it quite so bad, optically.  His team now holds a 12-point lead over Troy, with five weeks to go until new blood can be infused into our pool teams, possibly trying to challenge Ryan for the title.  If Troy can keep pace, we might have a good race by the end of the year.

One of the three teams left gasping for an opportunity to stay in for Week Five had their chance in the end, as Thomas Greiss did get a start for Eric, but Greiss came up just a bit short, dropping a 2-1 decision to the Sabres, thus eliminating him from the pool.

Also on the way out, Grant and John S., both were looking quite solid until this week, but it just wasn't meant to be, I guess.

Through four weeks, we're already down to 10 teams in the survivor pool, as the lack of quality starters across the board has really made this pool difficult to stay in.  12 teams that are already eliminated have only their elimination week as a zero in the weekly win column.  Only Cindy's team has yet to register a win, period.

The two favourites to win after Week Four, Scott and Derek W., as they sit with 10 & 9 wins, respectively, leading the pool in the category.

Finally, the goons!  Eric's goon squad currently ranks 1st in penalty minutes and 18th overall in scoring, so it's a very balanced lineup on his side.  Eric's team holds a 2-minute minor advantage over Wes and is just under a 10-minute misconduct up on Brian, who actually is in the money hunt, as well.  1st to 5th is an fight, instigator and misconduct away from swapping spots, so Derek & Dan would be hoping that Justin Abdelkader or Brendan Gallagher would step up and throw down.

This pool is working, somewhat as expected, since we were all drafting for the win at the end of the year, the drips and drops of minutes that we're seeing is making it somewhat interesting, up until how interesting the Waiver Draft makes it in the end.

Down, down, down... all the average stats are going down.

The average participation from pool players is going down in the NHL schedule, as the pool collected less skater games and goalie minutes per NHL game, which brought scoring down and PIM down as well.  Of the first four weeks of the season, this was the worst of the bunch, but players are seemingly getting healthy again, so we will hopefully see a surge in those key categories again here soon.  We tried to cover a larger area of players this year, so we should be seeing more points in a week, than we did last year with four less teams.

Good news for Troy on Monday morning, as the Chicago Blackhawks decided to give Marko Dano his opportunity to shine, as they have recalled him from the AHL, replacing Bryan Bickell, a non-pool forward, who is having a very lacklustre start to the regular season. Dano had a pretty good preseason with the Blackhawks, but since Bickell was a higher-priced forward, the Blackhawks were bound to give him a try, rather than trying to bury his contract in the minors.

Troy will open the week in 9th place, only 6 points out of the money and he's now been given a boost to his lineup.