I'm sure I could go back through the years of these particular posts and check and see if we ever finished a Waiver Draft's main two rounds before the weekend actually got started, but that's a lot of reading, a needle in a haystack, really, so I will go so far as to say I'm pretty sure that hasn't happened before... but it might have?

Considering how quickly the actual draft went in September, I shouldn't be terribly surprised with how quick everything went this week.  Sure, a couple of hiccups, but nothing too major.  I think the pitchforks and torches only came out once.

By the early part of the afternoon, I had already picked up three bonus round moves, because there were some teams chomping at the bit to drop their last major injury.  Just a reminder, the bonus round is technically open until puck drop on Monday night, when Week Ten officially starts. 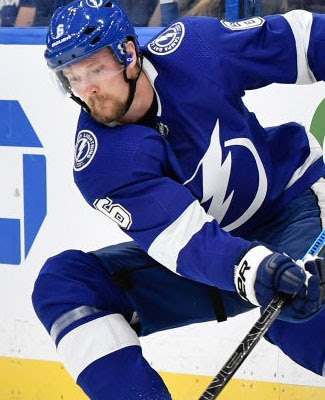 When we left off the storied posts of this Waiver Draft, it was Stuart's pick in the 2nd round, 49th overall and the guy tried to circumvent the rules of trying to pick a goalie dropped in the same round.  What a guy!  So, he passed on the 49th pick.

Troy, on the other hand, was feeling lucky!  He wanted to drop underachieving defenseman Thomas Hickey of the Islanders, but the only name that really jumped out at him was Tampa Bay's injured defenseman Anton Stralman, who isn't set to be reevaluated from his upper-body injury until the middle of next week.  Maybe he'll be ready... maybe he won't?  Nevertheless, I don't think that this gamble will sink his ship, which is sailing pretty well at the moment.

So, with those two slots in the draft now in the books, we moved onto the bonus round, where teams can drop their injured players and pick up healthy bodies to round out their team for the second segment.

Scott led it all off with the dropping of Justin Schultz of the Penguins, he has been hurt since the middle of October and isn't coming back until well into the New Year.  He picked up Ben Hutton of the Canucks to fill the void.

Now that we moved onto the bonus round, Stuart could finally get the goalie he wanted, picking up Michal Neuvirth in Philadelphia, who is returning from injury this weekend, dropping Darcy Kuemper of the Coyotes, who this the Injured Reserve this week with a lower-body injury.  Stuart made big moves in the Waiver Draft last year in the crease and it won him the pool.  Did he do it again?

And finally, Derek B. added to his collection of rookies, picking up another Flyers player in Oskar Lindblom, as he was hanging on to injured Vegas forward Paul Stastny, who could be on the way back to full health in the next week or so, but Derek really wants his money back and this might be the way to go for him.

That's where we've left it, as of Saturday morning.  The doors are still open for a couple days yet, so if you're paying close attention and see an injury you'd like to take care of, shoot me a text, e-mail or a phone call and we can get you sorted out with a healthy body.  All injuries are posted on the news page, just in case you've forgotten.
Posted by opiatedsherpa at 8:52 AM