If you haven't noticed already, I've started to fill in the names on our team pages of the players that we have picked in the Waiver Draft already. Of course, there won't be any points associated to them until Monday, but at least we can see where everyone has landed.  I get to mention that, because the bonus round continued on Saturday, as one more player was dropped and subsequently replaced. 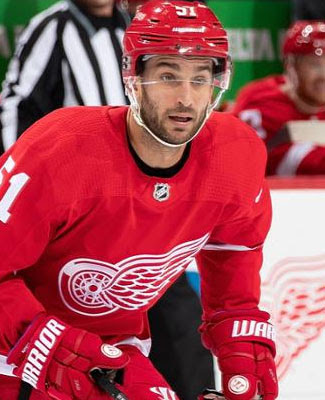 Scott wasn't going to rest on his laurels with a concussion to Carolina's Micheal Ferland, so he opted to keep a healthy body in that place and he picked up Frans Nielsen of the Red Wings to do that for him.  I don't think Scott wants to hang around near the bottom of the standings anymore and he is doing everything in his power to move on up.

That was our only pick of the day yesterday and I think there could be some more serious consideration going on out there for a couple more moves before Monday afternoon.  I've heard rumblings of a couple players here and another player there worth dropping and there are still a couple of interesting names left on the list.

A count on the injury/news page on the website shows that there are still 25 players still eligible to be dropped, because of injury, but in a lot of those cases, there are good arguments to keep them around, instead of dropping them for lesser pickups.  Dale C., for instance, has three players on this list, each of them the top player at their position on his pool team.  Those are some impossible moves to make.

The texting machine and e-mail box are still open for more moves on Sunday/Monday, so if you're humming about a new move, let me know when you want to pull the trigger.

Posted by opiatedsherpa at 8:35 AM