The Week Twenty-One Newsletter last season was the last time we had seen a goaltender occupy the Mover & Shaker position, which means there were 15 weeks between then and now, since Mike Smith of the Calgary Flames has earned this week's nod, as the only player to hit the 9-point mark in Week Ten, no tie-breakers necessary for this decision.

The 36-year old netminder took back the Flames' net and went 3-0-0 in the week, posting a shutout and also registering an assist in this week to give him the odd number of points.  Smith came on in relief on Tuesday against the Blue Jackets and stood in there for the comeback and he also posted his assist in that offensive outburst; then he started Thursday night against Minnesota, making 31 saves for his shutout and then finally, a 25-save effort against Nashville on Saturday capped off his week and rounded out his weekly total.

This now brings Smith's totals up to 11 wins and 27 points in 19 appearances this season, having split the crease time with teammate David Rittich this year, and those numbers now have him ranked 61st in hockey pool scoring, a high 3rd round pick, if we were to do it all over again.

For Brian's pool team, Smith was a big difference between being safe in the weekly scoring standings or being in the conversation for the Basement Dweller, as the rest of his team only posted 16 points and that would have been awfully close, if he didn't have Smith rolling.  Brian's team is still hanging tight though, holding down 10th place and he can thank his Calgary netminder for that help.

The first week after getting our new players activated from the Waiver Draft is usually pretty exciting, but this week was exceptional for its excitement, especially for the Mover & Shaker nod, since it came right down to the wire with points in the final few games of the night on Sunday.  Nine teams hit 30+ points in the week and there was plenty of jockeying up at the top of the standings, but the last team standing, all alone up at the top, belonged to Stacey M. with 37 points. 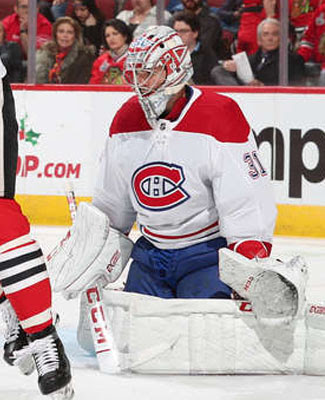 Only one player failed to pick up points or Stacey's team and that was injury-related this week, so for the most part, it was a very well-rounded effort from her team in Week Ten.  Carey Price of the Canadiens led the way with 6 points, followed by David Pastrnak of the Bruins with 5 points and Reilly Smith of the Golden Knights with 4 points.  There were four players with 3 points each and quite a few 2-point players, almost to the point where I have to name her entire team, they did so well.

The big week also broke the threshold of 3rd place, where her team had finished the last four weeks, finishing this week in 2nd place, among a bigger group of teams, only separated by a few points and I will have more about that in the Trophy Talk below.  There's no sense in repeating myself.

It's been a while since Stacey had herself a Mover & Shaker week, the last one coming in Week Twenty-Four of the 2014 season, almost a full four years ago, since she saw her cream rise to the top. In that season, her team finished in 4th place out of 24 teams, so it's definitely a good sign for her to be up in the conversation here.  This is also only her 4th Mover & Shaker nod of all-time, but it looks like she has the team to get at least another one this year.

The Waiver Draft didn't do enough for Brenda & Seward's team in Week Nine, as they had too many players sitting for different reasons, other than injuries and their hands were tied for the most part.  On the plus side, they did get William Nylander back from his contract dispute, nine weeks too late, and he still needs some time to get readjusted to the speed of the NHL and it didn't help that one of their picks was hurt in the early part of the week, so Jason Pominville wasn't much help this week either.

So, the duo finished with only 14 points in Week Ten and the gap between their side and 24th place, belonging to Scott, has now widened to 12 points and the hope of making that miraculous comeback is slowly fading away.  Their team now sits 105 points back of 1st place and that is just going to be too many to overcome.

The luck was not with them at the participation level, between players injured, unsigned or sent back to their junior team, the duo have only seen 246 skater games this season, 41 back of Scott's team in 24th and 103 back of Wilton, who leads the pool after 10 weeks.  Goaltending has been better for participation, ranking 10th in minutes, but their goalies have a combined save percentage of .897, 24th in the pool, which has only translated to 30 points, tied for 15th, so far.

Now, to the exciting bits!  Stuart claimed top spot after Week Ten, but this is far from comfortable.  6 points is all that separates Stuart's top team from 5th place, meaning that there would be two very disappointed teams, if the season were to have ended today.  So close, yet so far.

Stacey M. sits 2nd after her Mover & Shaker week, 1 point back, Troy drops down to 3rd place, 2 points back and then Kristy & Don and Grant are both 6 points back, all of these teams having huge weeks to start the new segment.  If there is going to be a group of teams running away with the pool, that is exciting all on its own.

Let's not forget, there are still hot streaks to be had by a number of teams, so it's hard to count anyone in the top half out, even Jeremy and Wilton, both teams are 40 points out of 3rd place, standing on the equator of the table.

Having one amazing rookie is seemingly enough to run away with this pool, but there will be some challenges along the line, I'm sure.  Clayton's main rookie, Elias Pettersson of the Canucks, picked up 8 points on his own last week and helped Clayton's team to extend his lead in this mini-game to 22 points.  That's half of what his team has at the moment, 44 points.

John P. and Derek B. still hold a number of rookies that could climb the list, if the unforeseen were to happen and there's still the better part of two-thirds of the season left to play.

Week Ten tied the season-high in shootout goals in a week with 10 goals, but no team that picked up a goal, picked up more than a single tally, so there wasn't a lot of movement in the mini-game standings.

Mike leads the mini-game with 6 tallies, his team is 6-for-13 this season, also leading the pool in shot attempts, so his team could be tough to beat.  Jeremy, Grant and Brian all have 5 tallies, chasing down Mike's team after ten weeks.

Mike's team was awfully hot in the mini-games this week, leading the game-winning goals pool with 4 clutch tallies in the week, but his team still ranks 7th in the mini-game with 14 tallies, so far this season.

Stuart's team continues to lead the overall standings here, standing with 19 clutch goals this season, 2 ahead of Clayton's team and 4 goals ahead of four more teams.

Derek B.'s team put up a top five week in the penalty minute department with 36 minutes in Week Ten, taking the goon team of the week nod.  A couple of suspended players helped his cause this week, the sort of help that his team really didn't need, but his team is now concentrating on the rookie pool, so if the veterans want to sit in the box, I don't think he'll care so much.

Stuart's team also leads the PIM pool, which is crazy!  If his team is sitting in the box so much, how could they be leading the pool in the overall standings and in the game-winners?  It's nuts.

All four teams that are still alive in the goalie survivor game all qualified for Week Eleven on Tuesday night and there wasn't a whole lot to talk about here.

Troy and Stacey M. each posted 4 wins in the week, while Jeremy had 2 wins and Wes got only that win on Tuesday, which is enough, and there are your four teams looking for more.  There's 51 games this coming week, so there will be plenty of opportunities for wins.

The Waiver Draft did some good in the crease for the hockey pool, as the numbers from this week showed, we hit a season-high on minutes played with 5,095 minutes in 48 NHL games, not the best average of the season, but the highest total.  Injuries to skaters didn't help this week, as the count of games played and the average were only marginally better.

With all of that being said, we only collected 669 points, tied for 2nd for best collective weeks, but we should see these points ramp up with 51 NHL games next week.

The St. Louis Blues are struggling.  3-6-1 in their last 10 and the coaching staff tried to address that ahead of their game against the Canucks by scratching David Perron, but that didn't really seem to help, as they dropped a 6-1 decision on Sunday.  Perron was the odd-man out though, which his 16 points in 27 games may have warranted the scratch, since the expectations of him, not to mention the rest of his teammates, are much, much higher.  It will be interesting to see how they adjust to get back into a winning form.

This didn't help Steve's week at all, which finished at only 20 points and his team dropped from 8th to 11th in the week.  Steve should be hoping that this scratch gives Perron a kick in the butt and get his scoring ways, so he can climb back into the top 10 and into the money conversation again.
Posted by opiatedsherpa at 10:27 AM