No, I didn't think it would have quite over just yet and we still have a number of hours to go before I will officially cut off the bonus round of the Waiver Draft.  There was one more pick on Sunday, when some significant injury news dropped and I was pretty sure the move was going to happen, given which team it happened to. 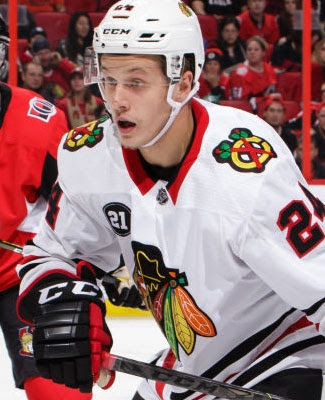 Derek B. and his band of rookies were able to add one more to their stable after Ilya Kovalchuk's ankle injury turned into a surgical procedure and it would keep him out for at least a month.  Derek added Chicago Blackhawks rookie forward Domnik Kahun, who has found a regular spot in the lineup there day after day.

Derek was able to add four rookie forwards to his group, giving him six in total, but one still lingers in the minors and he is hoping for a return for Martin Necas in Carolina.

We'll touch on the rookie mini-game a little bit more in the Newsletter, which is coming up here shortly.

Before the 5pm MT games were even to the 2nd intermission last night, Steve came swooping through with a couple of changes on his own, finding a couple of injured players on his roster that he felt he could do better with a replacement.

The first was the injured Rangers forward Pavel Buchnevich, who is on the IR with a broken thumb and is expected to be out for another few weeks.  He picked up Alex Killorn of the Lightning, who was dropped earlier in the draft, but provides an adequate upgrade in his top 10 roster.

One of Steve's pickups in the Waiver Draft, Buffalo defenseman Jake McCabe missed time over the weekend and is questionable for tonight's game in Nashville, but he isn't taking any chances.  McCabe is out, fellow Sabres defenseman Zach Bogosian is in.  Adding a little bit more of a veteran presence can't be a bad idea.

Posted by opiatedsherpa at 7:00 AM